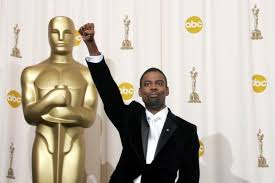 The past few month has seen a lot of talk about racism in the media. Particularly in relation to the Oscars. With it, a lot of eye rolling and people saying they are fed up of black people going on about discrimination and playing the race card. What about the Muslims, the gays, the transgender, the browns, the women, the poor? It is a constant source of irritation and sadness for me when these discussions kick off and people start shouting at each other. My first issue is no one wants to listen. This is why racism and the many other forms of discrimination continue to thrive in our societies. Societies that are ashamed to admit a lack of progress and would rather hide what they consider dirty laundry out of view. As if out of sight is really out of mind. Well, it is humanity’s shame and face it we must. Because if we don’t face it then we won’t ever fix it.

On the Oscar issue: yes, it is inherently racist. Why? Because up until recently, majority (94% according to many internet sources) of those who are eligible to nominate and vote for the winners are white and ¾ of those are men. Human nature, and this is evidence-based, is such that if a selection of talented actors/actresses/directors is presented to a person, the voter will look for common traits to identify with the nominees. The easiest trait to identify: skin colour, gender and other physical attributes. So stands to reason that if 94% are white, they are more likely to nominate and vote for white people. There was a blog by a young black woman who works in the entertainment industry published on mumsnet. The reaction was one that had my gnashing my teeth. Many (white, brown and black) suggested that it was not the correct forum for such a discussion. I was dismayed. If mothers are not the people who need to be educated about the ills of discrimination and who need to be encouraged to socialise their children into seeing beyond colour, then who exactly is going to be the catalyst for change? 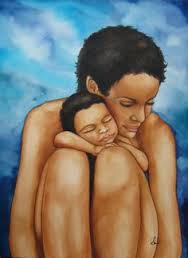 I cannot for the life of me see which other group yields more influence when it comes to such a fundamental change. As a soon to be mother, I see it as absolutely my job to teach my child to see the inner qualities of every person they interact with and judge them based on their actions and words and not the things over which they have no control over. 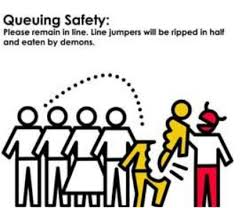 In Nigeria, there is blatant racism still. The fairer your skin is, the more socially desirable you are in many circles. The more foreign your English accent, the more educated you are perceived to be. Being resident in Europe or America or Asia elevates your self-worth. Doesn’t matter if you do the most menial of jobs abroad or have very little education over there. I was born in Nigeria, left as a teenager and I have now officially spent more of my life outside of Nigeria then in it. I see the discrimination clearly. Sure I am a highly educated and successful professional but most of the strangers I interact with don’t know this. To many it is all superficial. I get asked my opinion on things that are well outside my area of expertise and even when I am confessing to having little knowledge, my opinion carries weight. I get better customer service because of the way I speak. I get less abuse from those who like to abuse their positions of power – the police, road safety, customs and immigration officers. When I go into shops run by foreigners, I watch how they treat ordinary Nigerians with barely disguised rudeness or contempt and how those Nigerians do not complain about it. I speak up sometimes to the surprise of those Nigerians and I get told I am ‘feisty or fiery or outspoken’ with amusement or admiration depending on the age of the Nigerian I am defending. I have been in situations where a non-black person has walked into the place, seen the queue of Nigerians waiting to be served and decided that their time was more valuable that the locals and cut to the front. I wait to see if the officials say anything, rarely will they ask for the person to do the right thing. If nothing is said, I am never afraid to tell the person that there is a queue and we were all in it. 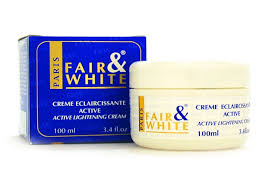 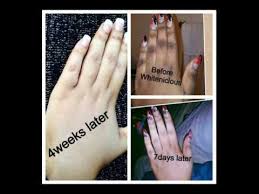 The other manifestation is through skin bleaching. It is so prevalent in Nigeria and indeed many other societies. People, mostly women, spend a lot of money on creams and lotions containing dangerous toxins which ‘whiten’ their skin. Some of the more expensive products do a good job and give them fairer skin that looks natural and healthy. Most do not. It is so ugly to see the patchwork that results from some of these products. You see women prancing around with their face and neck a Caucasian skin tone, their arms brown and their joints black as nature intended. It is so unnatural that it sometimes looks like a comedic caricature. Sadly, for those who do it, they look in the mirror and think they look more beautiful. Heart breaking to me because some of the most superficially beautiful people on the planet are all shades of brown and black. There is nothing more beautiful to me than flawless golden or deeper brown skin. I see photos every day and wonder how those who bleach are unable to see the beauty in brown skin. Of course this is all about superficial beauty. Maybe that is where we fail. We are too preoccupied by the outer image and fail to see the beauty within. I truly believe that for a person to be truly beautiful, their soul, their heart and their mind must have a positive nature. That is why I find beauty in the eyes – a person whose eyes glow with love, happiness, kindness and warmth is a person I naturally gravitate towards.  That is why there is nothing more beautiful to me than a baby (human or other mammals). That luminosity that is unspoilt by life and its many hardships, that bright light. 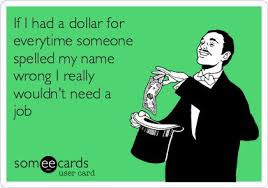 Here in England, racism is everywhere. I have a surname that has 3 syllables. Pronounced exactly as it is written yet many won’t even attempt to pronounce my surname. If I can get my head around Siobhan actually being pronounced as shee-von and Yvonne pronounced as Ee-von, then I do not see how it can be hard to say a name as easy as Ab-dal-lah or Jo-da or Di-ya. Working as a doctor on the wards, I have had patients say to me with surprise ‘you speak good English’ and I turn around and say to them ‘why wouldn’t I? English is one of 3 languages I was brought up speaking’. I overhear staff talking to non-native English speakers (those with foreign accents or limited English) very loudly, as if the issue is with hearing loss. I hear comments about those non-indigenous Brits being ungrateful for asking for what is routinely offered to their white British fellow patients. I see the relief in black and Asian patients when I say that I will be their doctor and I will look after them. I empathise with them even as I feel sad that I make them feel better not because of my medical skills but because of the colour of my skin and how they perceive that I can relate to them better or will treat them with more dignity.

I will never forget the first time I was racially discriminated against. I was in my 3rd year of medical school on my first hospital placement in an inner city English hospital working with a medical team. On the first on-call I did with them (on-call means being responsible for the new patients coming in off the streets as emergencies), I was seeing patients who were then reviewed by the qualified doctors. Of course, there is a triage system so medical students never saw patients who needed urgent care for things like an on-going  stroke, heart attack or acute asthma that needed immediate treatment before information gathering. Anyway, I was allocated an elderly Asian gentleman to see. I walked into the cubicle and introduced myself, clearly explaining that I would see the patient then get one of the doctors on my team to review. The patient did not protest but his 2 sons were affronted. They, in their high-powered suits, did not think it was appropriate for their father to be seen by me. They wanted someone else. I got my registrar and told him what they had said. He, being Asian like them, was angrier than I was. He marched me back to the patient and his family, informed them that I was part of the team and as this was the NHS, they would be seen by the first available medic. Their choice was me or going private. How awkward for me and the patient! They apologised and I got through the consultation. This happened 10 years ago and happens to this day. I applaud my registrar for his stance and anecdotally, it is happening less and less because people like that registrar were calling people out for their attitudes. 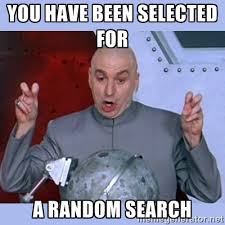 I spoke in another post about the attitude the police have when they stop you as a black person. The approach is usually quite different – the black person is more likely to be treated as guilty of some wrong-doing until proven otherwise even where you are the victim reporting a crime whereas the white person is more likely to be treated as innocent until proven otherwise. Same as when you go into a shop, a security man (or woman) is more likely to follow around a non-white person than a white person. Same as ‘random’ extra security stop searches in the airports. Once, I got stopped for a random search twice in 10 minutes in Birmingham International Airport less than 100m apart. I was irritated and the lady was apologetic and wouldn’t meet my eyes. I pointed out to her that her colleague had just stopped me randomly too and in fact he was only a stone’s throw away. What was it she thought would have changed in the distance to her? It is a random search ma’am. Randomly because I am black you mean. She flushed and muttered an apology as I gathered my bags and carried on. Random. Racial profiling is reality.

So whilst I know that majority of white people are not actively racist, just as I know that majority of Muslims are not extremists, it is clear that as a black woman, I have more obstacles to contend with. Life is just that little bit harder because I was born with the colour of my skin. I ask for no special treatment. I just want to be treated the same as my non-black friends are. I want to be treated with respect and given my dues. I want people to judge me for what I have said and done (which I have control over) and not the genetics I have inherited. I want my talents to be recognised for what they are and not the physical package they come with. I want the same rights afforded to me by virtue of being a human being. I want justice. I want acceptance. I want to freedom to be me.